We were asked by Great Yarmouth Arts Festival to make an archway spanning the path leading up to The Minster in Great Yarmouth. The arch design was to be inspired by two crossing mammoth tusks.

After some planning and preparation we arrived on site very early on Thursday morning (June 4th 2015) and began to lay out the tusk outlines using willow. Much of the willow we used was grown at Potter Heigham and donated to us by the Broads Authority. 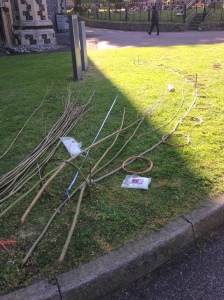 The frameworks started to take shape 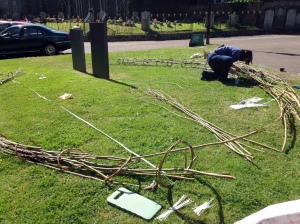 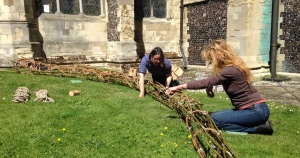 People came along and helped out, some for just a while, others for many hours 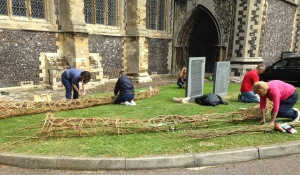 and fixed them together 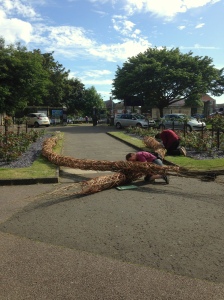 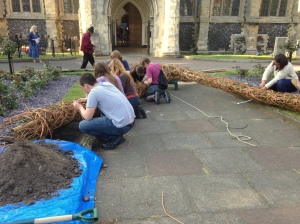 And lifted the arch into place 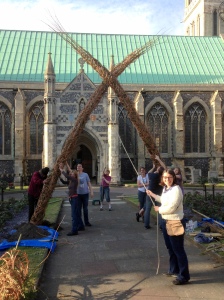 Everyone involved feels very pleased with the final archway 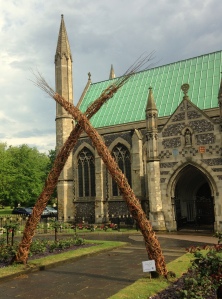 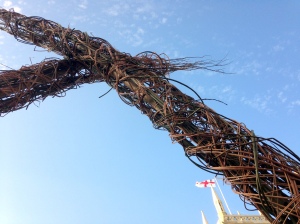 It took us nearly 12 hours, and was hugely enjoyed by all involved.

The archway took centre stage in the Festival’s opening ceremony, where the Mayor cut a ribbon willow to mark the start of the festival. 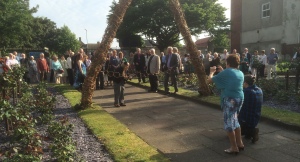 2 thoughts on “The Story of The Tusk Arch”